I recently discovered (can't remember how, but through a friend of a friend on Facebook) the "Virtual Paintout." The guy who hosts picks a location each month, and then artists, using Google Street View as a resource for traveling, find an interesting subject to paint within that location.

The designer of this project, Bill Guffey, summarizes the purpose thusly:

This month's location is Washington, D.C., and I'm sure that as his submissions he will get a number of monuments and fancy buildings (that's what I went to, first), but I was inspired by the painting he himself put up as the first entry--"G Street Houses," below--to actually do what he suggested and click on a random part of the map, then walk around to see what I found. 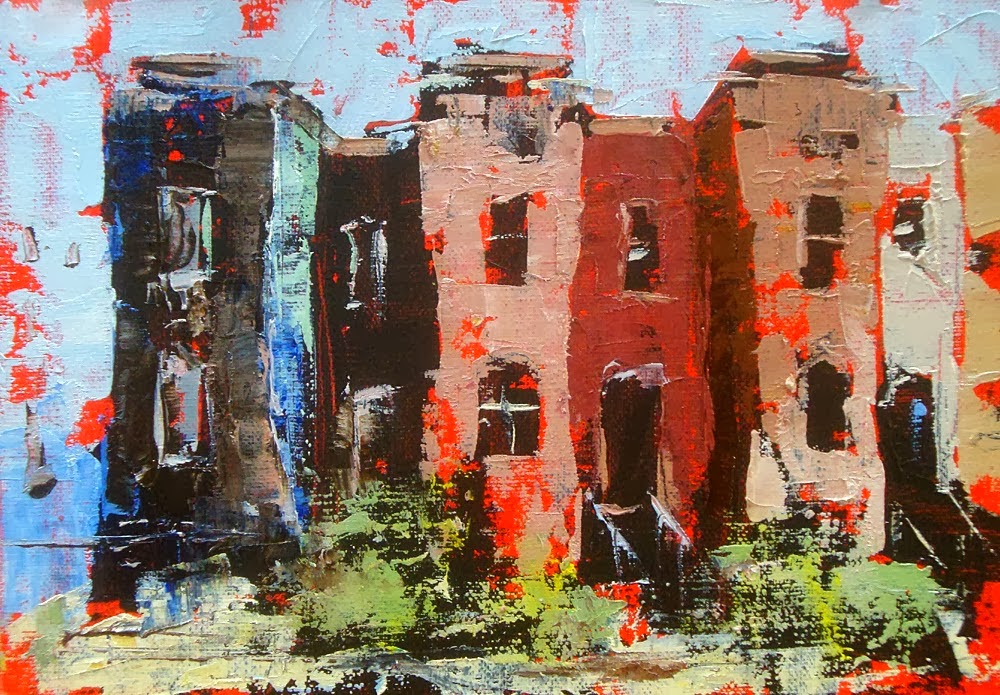 So I wandered, and came upon this street scene by chance--and I so loved the "story" it told that I decided to paint it, even though it could be anywhere. 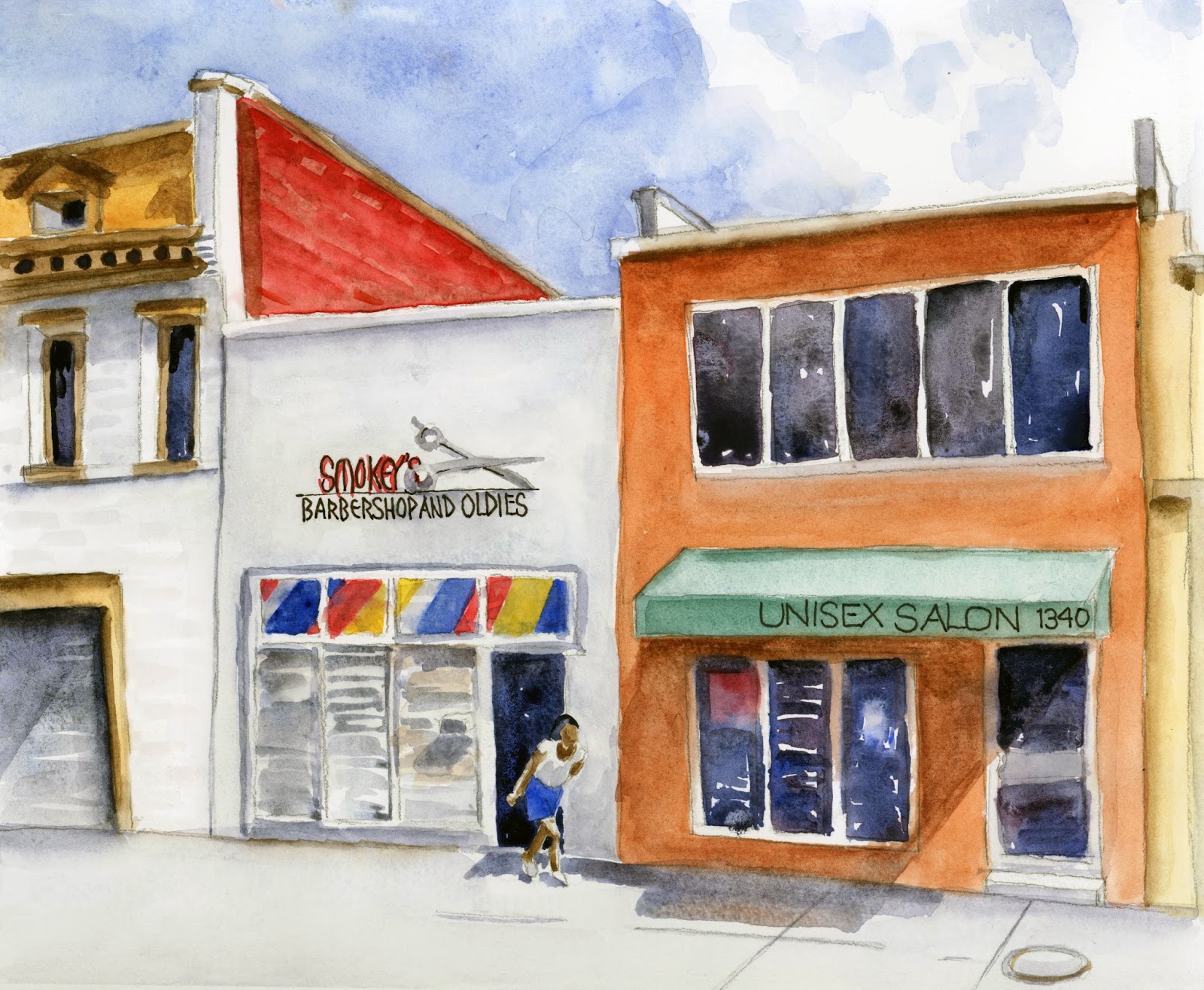 Standing side by side are Smokey's Barbershop and Oldies, and a Unisex Hair Salon. Coming out of the front door is a girl, and the attitude in which she's been caught in the photo makes it seem like she's sneaking out the door--like somebody sent her to the barber shop for a haircut, but she's heading out to the Unisex place while no one is looking!

Here is the url to the actual scene on Google Maps: http://tinyurl.com/lttcdkg

As you can see if you go look at it, I simplified quite a bit--that great big lamp post and the bike racks in the foreground were too distracting (I wanted the girl to be the focal point), and I took out a few architectural details too. Maybe too many--I didn't have the patience or the skill to translate the facades of the buildings into their various bricks and patterns.

This was kind of a hybrid: I painted it pretty small (8x10 inches), and I knew I couldn't do that tiny lettering with a brush, so I did the sign and the awning with a pen, but then I drew the rest in pencil and painted it. I probably should have chosen one or the other--an ink illustration or a straight painting.

I also did something wonky with the angle of that garage door over on the left--don't know what happened there. Well, it's always something, right?

This was fun! I think I'll do another one or two before the month is up. (The limit is three submissions per person.)

If you're an artist reading this, why don't you do it too???