The prompt of "fashion" didn't really inspire me--I'm not a trendy person--so I started looking through my "reference photos" file to see if anything provoked an idea. Nope. But when I switched over to Family Photos, there was Mom, at age 33, with the one really extreme hairdo she ever went for--a marcel wave. It was such a departure for her that I decided it should be memorialized, and that fashion could encompass hair as well, so I did a close portrait of her, taken from this photo of the three of us. 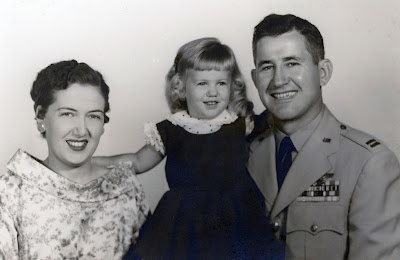 I had to extrapolate colors, since the photo was black and white, but she loved pink so the pink and green figured dress was a natural assumption. The big boatneck on the dress is also a fashion statement--Mom was always stylin'. 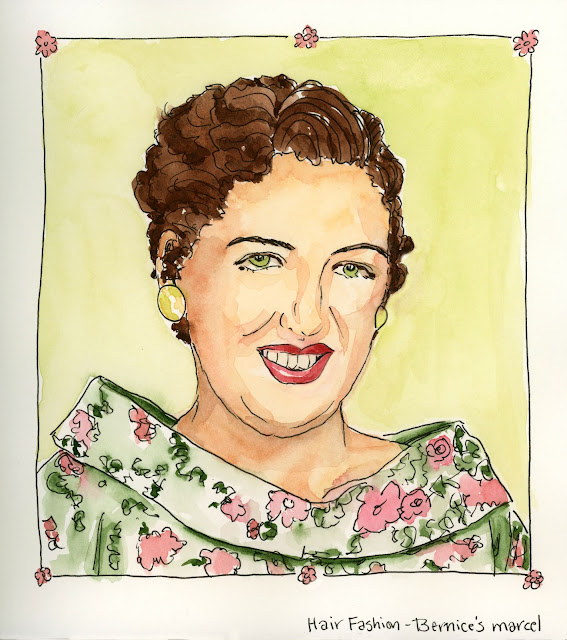 Portraits are tough. The essential thing to capture is the most difficult--the expression and sparkle in the eyes. I didn't quite get it here--she looks a little more static and not as lively as she did in the photo. But I think the likeness is fairly good.

One of the things we decided to do with our teens at the library this summer is keep a sketchbook. So we did a sketch journaling workshop to give them ideas about what kind of sketchbook to get (or make), what kinds of tools they might like to use, and what kinds of things they could draw in the sketchbooks once they started. I made a page on our teen blog that covered the same sorts of things, for those who weren't able to attend the workshop.

The second part of this journey is to go on a sketch crawl! We're having a "meet-up" on Tuesday morning, and walking around downtown Burbank for about two hours to draw. In anticipation of that, Anarda and I went out yesterday to walk the route, scout out picturesque possibilities, and decide on our stopping points. We did a couple of 15-minute drawings at each location to see what we could accomplish in that division of time.

Here is one drawing I did, of the front of a business called, appropriately, The Story Tavern. This is just a detail of the top part of its facade. I didn't finish the stained glass part--Anarda was strict with me about stopping when the timer went off, just as the teens will have to do. Another of the reasons to do some actual drawings is to have examples for the teens. I only had time to do the basic drawing at the stop… 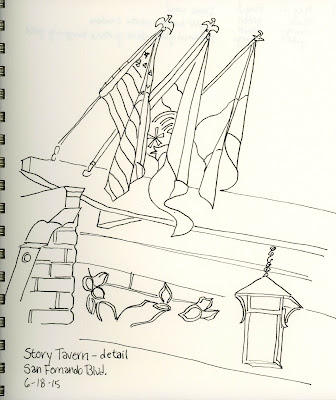 …but I then made notes on the backside of my paper as to what colors were present, so I could go back afterwards and…

…add some watercolor at home. 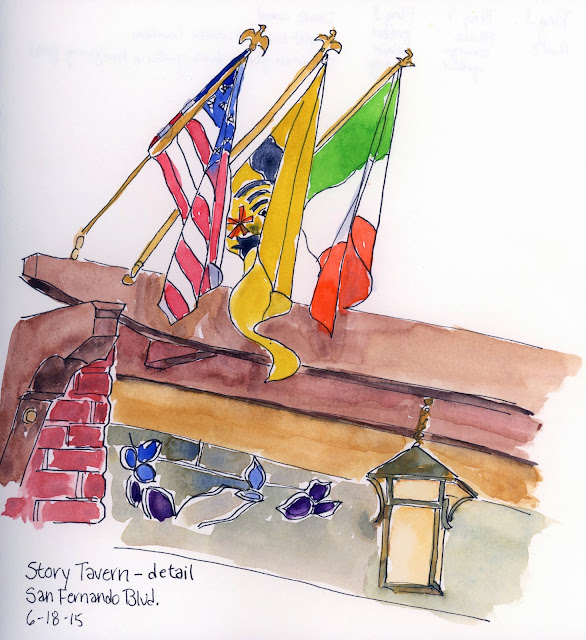 I also wanted to show them that their efforts didn't need to be perfect (I messed up the American flag! notice that I skipped a stripe), and that they didn't even have to follow their notes if they had better ideas (I made the lantern a rusty green color and changed the stained glass colors to green, blue and purple). The purpose of this sketchbook is to record where they were, what they saw, and give them a trigger memory.

I think it's going to be a blast! I'll report back.
Posted by Melliott at 11:24 AM No comments:

I have been so busy with (and therefore so exhausted by) Teen Summer Reading that I haven't done too much sketching or painting lately, but the prompt "transportation" came up at the same time that a FB artist I follow went to Cuba and posted a bunch of wonderful photos of his trip, so I used one of his wife with an old American car (the use of which abounds in Havana) as inspiration for this painting. I know that our technology is better, and it's good these gas guzzlers are off the road here…but one could wish that American cars still had this level of pizzazz.

This is from James Richards's photo, and the model on the left is Patti Grogan Richards. I'm afraid I slighted my attention to her somewhat, since the car was the star of this painting! I think she will forgive me… 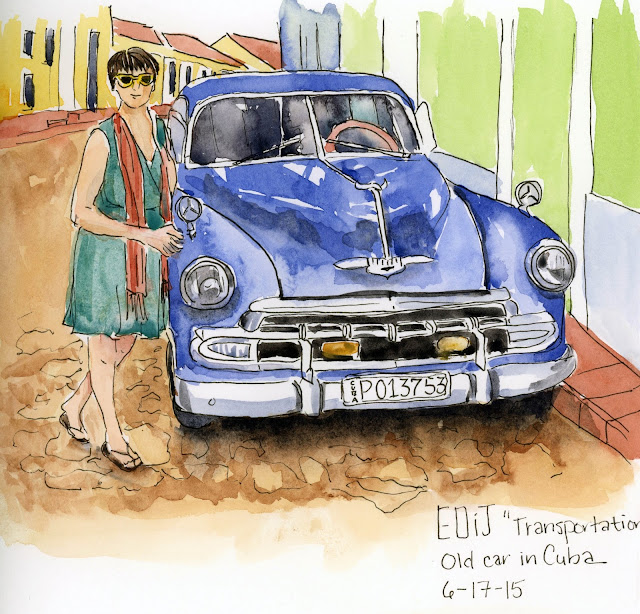