Well, this thing has snowballed. First, Rani (subject of my last portrait) said "Do Anarda next!" So I found a photo of her from two years ago, when we went to hear the Master Chorale sing Christmas carols at the Disney Center as our winter treat, and made a portrait of her. 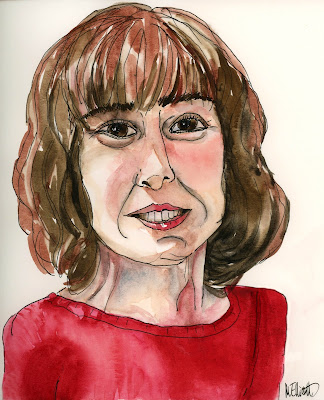 Then my former boss and now co-retired librarian/consultant/friend Barbara said, "Now we are all going to want one," so I said to her (unwisely, in the clear, in Facebook comments) "Send me a photo and I'll give it a shot." Five minutes later I had a selfie in my Messenger queue, so today was Barbara's day. 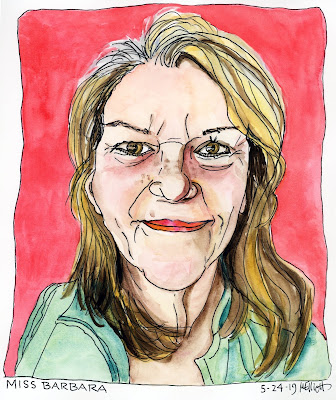 Several people have taken that offer to Barbara as a wholesale invitation to everyone to send photos, so I now have a few inadvertent so-called "commissions" lined up, and I also have a couple of friends and other interesting faces I really want to do. I may end up with a month of these! We'll see if I get bored and move on.

I'm supposed to be doing 30x30 Direct Watercolor starting June 1, and these won't work for that (no drawing first, only painting straight to paper for that challenge), so maybe I'll set a cut-off of May 31st for my own personal portrait challenge. At one a day, that's seven more...probably plenty!

Posted by Melliott at 5:51 PM No comments:

I don't often draw portraits, but I had the idea to do one of Kirsti for her birthday (to post on her FB page), and had so much fun with it (even though it was a little wonky) that I decided to keep going. 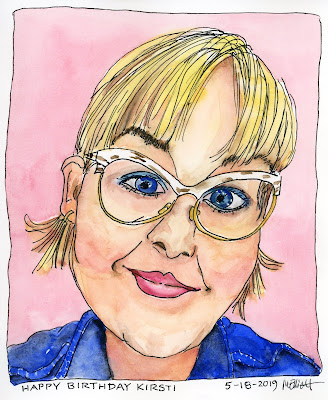 Next I did my friend Kim, from a weird upside-down selfie she took, which turned out really fun... 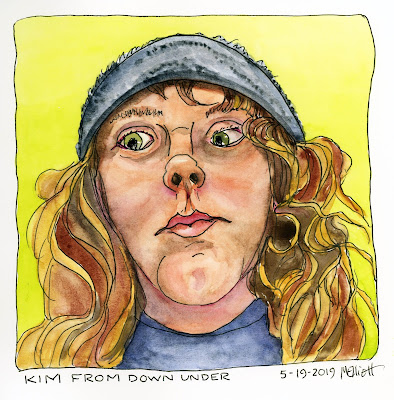 And today I was chatting on Messenger with my buddy, Rani, who lives in CHINA now, and I missed his face so I decided to draw it. That facial hair is CHALLENGING. 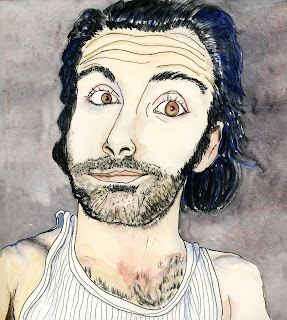 I wanted to put him in a box like the other two, but I started too big and ran out of room. Boy, that Shadow Violet paint from Daniel Smith does NOT want to "follow the bead" to give a smooth background, at least not on sketchbook paper!

Maybe I'll keep going...who knows, tomorrow it could be YOU.