More practice art for this week—contour drawings I did as demonstrations in my class at Los Angeles Public Library: 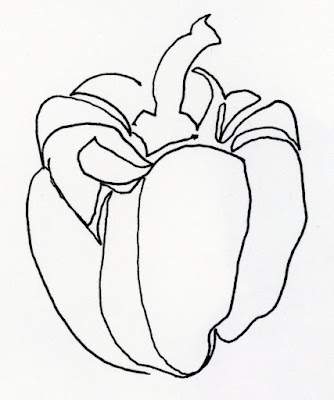 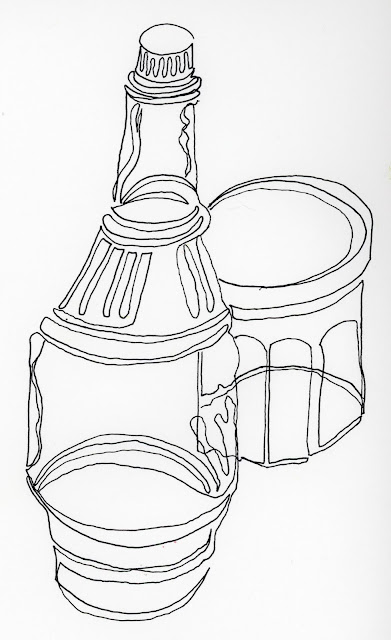 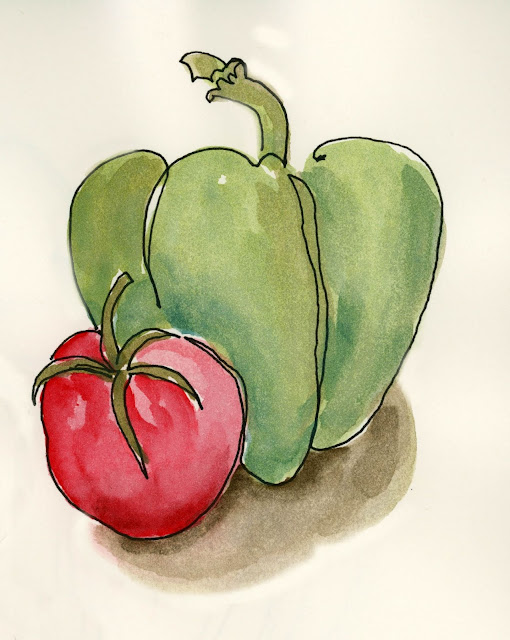 And portraits of the two founders of Sketchbook Skool, Koosje and Danny, assayed during this week's live online "Portrait Party": 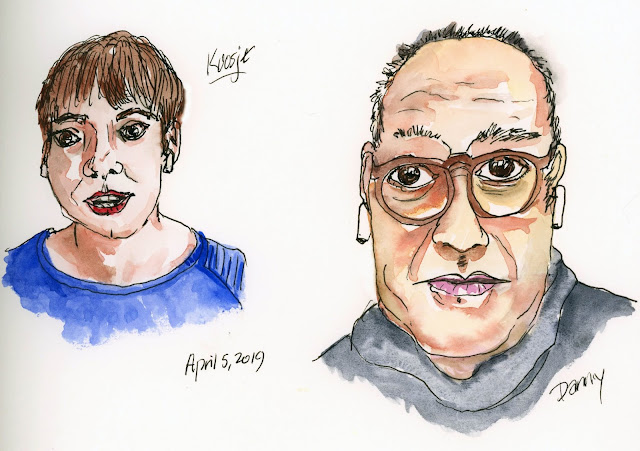 I think I have finally figured out my biggest problem with doing portraits: I start at the top of the head. It seems like the logical place to start; I mean, if you were going to draw, say, that bell pepper up there, you would probably start with the stem, right? But when it comes to doing portraits, I draw the top of the head, or the hair, in the correct proportion to what I'm seeing, but then the features of the person somehow grow LARGER when I draw them, and by the time I'm done with the head, the top of it is disproportionately too small for the rest of it. Koosje's doesn't stick out as too different, but Danny is definitely wearing a hairline and forehead way smaller than his face requires! So from now on, I'm going to try drawing the features FIRST, and then go back for the head and the jaw. We'll see if that works.

Hopefully there will be more art on here soon; I'm planning a trek with the L.A. Urban Sketchers to see wildflowers.

Between getting ready for my first Young Adult Literature class at UCLA yesterday and prepping for my first contour drawing workshop this coming Saturday, I have spent a lot of time this week at the computer, plus running errands to Dick Blick and Office Depot to buy supplies and get printouts, so I don't have much artwork to show.

I went to breakfast last week with Kirsten at More Than Waffles and managed a 5-minute sketch of the lamp hanging in the window I was facing during the scant minutes I had to wait for her to arrive; and I did a little capture of the early-morning folk in the UCLA cafeteria area, one whom I surmise (from his dress) might be a groundskeeper or other kind of workman there, and the other a student waiting for class to start. 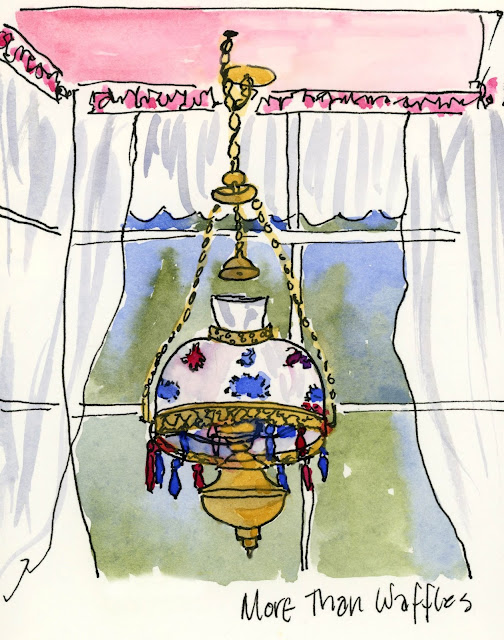 The fellow in the plaid shirt noticed me sketching the other guy and was antsy and self-conscious when I seemed to turn my attention towards him afterwards, so I could only take quick glimpses. Some people really don't like it when you draw them! Others, of course, are flattered and want to see the end result, which almost never looks like them and is therefore a disappointment, usually producing effusive but vague compliments and a hasty retreat. I don't know which I prefer!

Honestly, the preoccupation of modern folk with their cell phones yields some of the best motionless and oblivious models one could want, except for the repetitiveness of the scene. 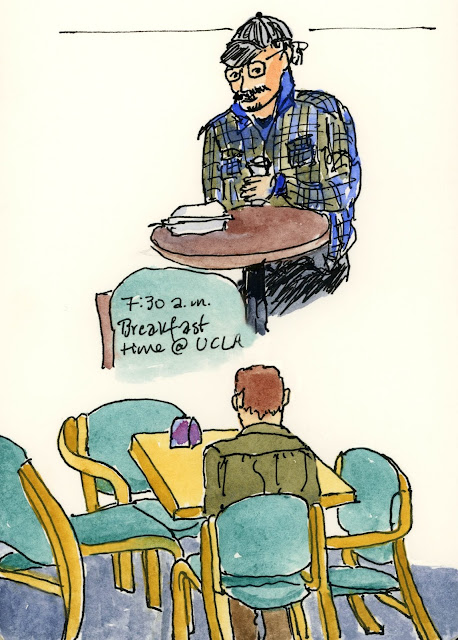