I don't often copy so closely from a photograph, and certainly not from one taken by someone else; the etiquette in working from photos when you paint is that you work from your own, using them as a reference rather than slavishly copying them. And if you paint something from a photo belonging to someone else, you ask permission. 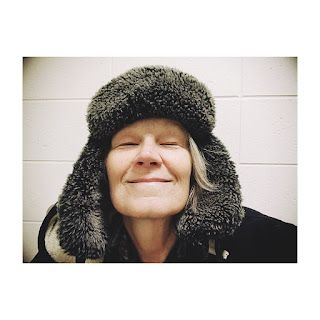 My friend Susan Sabo is a professional photographer and a dog lover, and these two things have combined in a wonderful way. Not only does she shoot great portraiture of people's dogs (many times including the people themselves), but she also uses her considerable skills to photograph dogs at her local shelter in Kalamazoo, Michigan, and then the shelter posts the photos to help them find homes for the dogs.

Even before she became a photographer, though, Susan was always concerned for the welfare of shelter dogs; she and her daughter, back when Jenna was a teenager, made it a project to go weekly to the shelter in Sherman Oaks, California, to pick up blankets and towels used and soiled by the dogs, launder them all, and return them fresh and ready for re-use. She periodically canvassed her friends to donate towels, blankets, and sheets for the dogs' use, and was always outspoken in her efforts to get others to be active supporters of shelter animals. It was her casual reference to S.T.A.R.T. (Shelter Transport Animal Rescue Team) that led me to regularly sponsor a "seat on the bus" for dogs being shipped from euthanizing facilities here in Los Angeles up to no-kill shelters, foster homes, and new permanent homes in Oregon and Washington, where there isn't the glut of abandoned animals we have in Los Angeles.

Some of her best work, however, is her spontaneous shots of her own beloved dogs. She posted one recently on Facebook as a reminder that winter won't last forever, and I found this shot of T (alias Señor Escabeche) and Mouse so appealing that I couldn't resist making a little drawing. I totally messed up the perspective of the fence receding at a nice angle, and I simplified the background, leaving out a couple of buildings and a whole lot of shrubbery, but I think I caught the essentials. Although it wasn't so noticeable in the photo, once I made the painting I realized that the title HAD to be "He casts a long shadow." If you asked Susan, I think she would definitely agree. Susan, please forgive me for appropriating your photo. 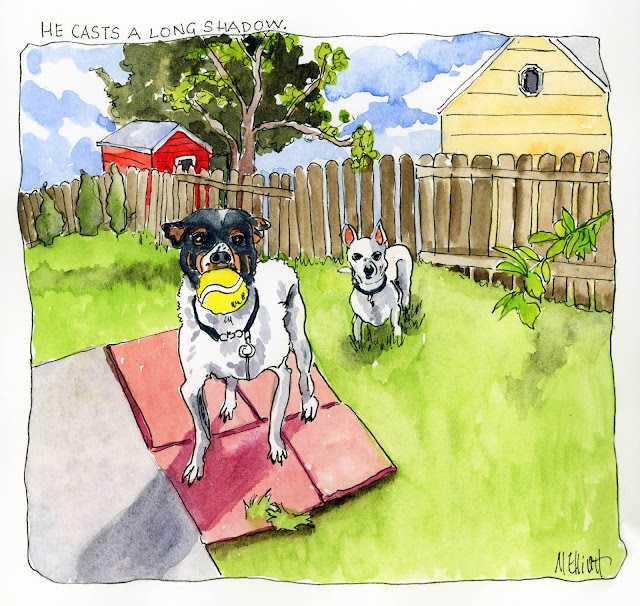 Not a lot of artwork made in the past couple of weeks, but here's what I did do:

Breakfast out on Saturday, at Farmer Boy. I had never been there before, and got a kick out of the wall art picturing a regular-size farmer digging giant potatoes the size of boulders. 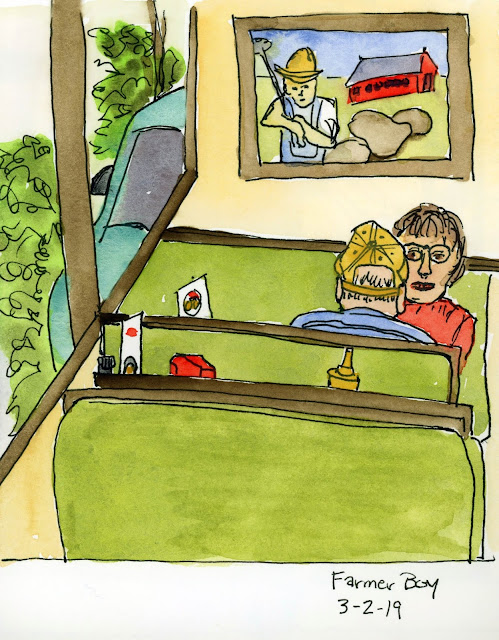 Two book covers, to go with a book review on my readers' advisory site, http://bookadept.com/blog. I enjoyed these books a lot, but now it's a long wait for #3 in the trilogy, so if you don't like waiting (or rereading), put it off until next summer! 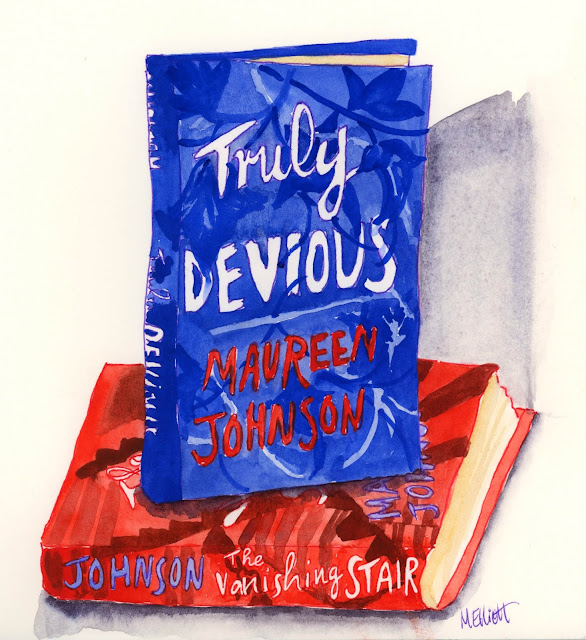 And today's sketch, of several of the innumerable ornate brick buildings on the UCLA campus. I had to take some paperwork to personnel and sign it, and since I had paid for three hours of parking but my errand only took 30 minutes, I sat down and sketched for a while. It was such a pleasure, after weeks of rain and extra-chilly temperatures, to sit outside in shirt sleeves and sketch in 75-degree sun! 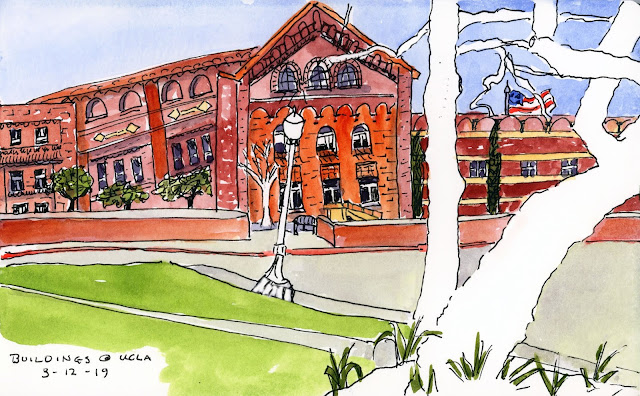 I despair at ever being to convey all these solid walls of vari-colored brick, let alone get the perspective right, but I'll keep trying.