How many people in five days?!

There's this thing that urban sketchers do every year this week, called "one week 100 people," in which you try to sketch as many people as possible, hoping to hit 100 of them before five days is up. Don't ask me why it's called "one week" when it's actually only five days, I asked the organizers and they didn't answer.

Anyway, I thought this year, Why not give it a shot? I could use some practice drawing people, especially people in motion. So I drew a few. And I emphasize, "a few." Even though I optimistically tagged them with #oneweek100people2018 every time I posted them, I knew from the beginning it wasn't going to happen. But, here are the ones I managed to capture. 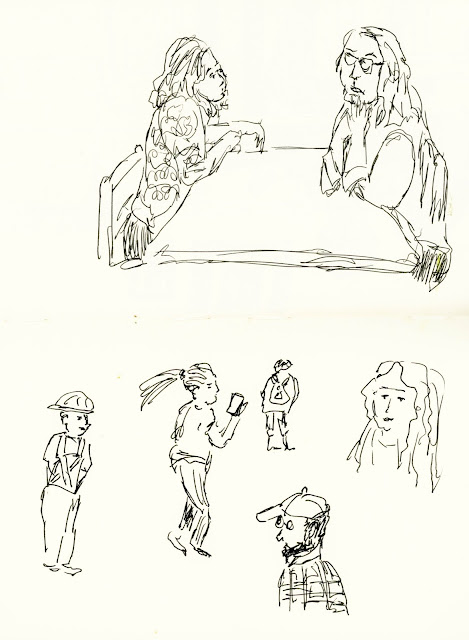 Some people at the local deli. Most of them were walking past, so they were super quick. 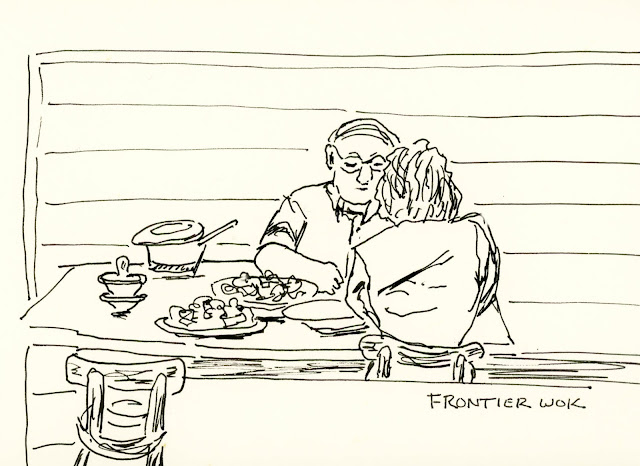 I went to dinner thinking I could capture a lot of people at the restaurant, but because I was early-birding it at 4:30 (had to go back to work at 6 p.m.), there was only this couple and me! 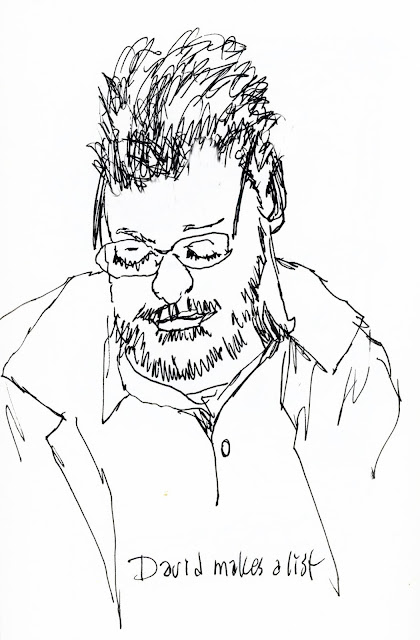 Caught my co-worker, David, while we were waiting for a meeting to start. He was not amused. 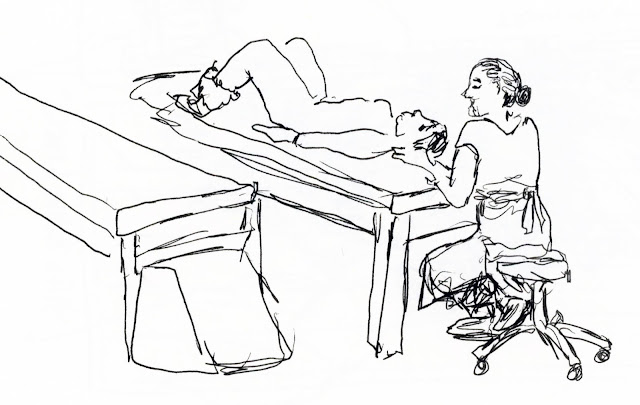 And the final one was on Friday morning, waiting for physical therapy,
across the room from my therapist, Hannah, and another patient.

So, I count 12 people, not even a full day's worth. But...12 more than I would have done had no one said to me, #oneweek100people. I'll make a better effort next year!