This weekend, the City of Burbank (which employs me as a teen librarian) is having a street fair featuring arts and crafts. More crafts, alas, than painters (you can sense my priorities here), but I did find some fab earrings for me, and a cool steampunkish toy for my friend Anarda. One of the things they advertised for the fair was that there would be sidewalk chalk art. (Turns out there were only three artists out there today, but whatever.) So, weeks ago I got the bright idea to have our teens do chalk art on the sidewalks at the Central Library, which is just three blocks away from the scene of the street fair, the day before, so that people could see their chalk art too.

Our workshop was yesterday afternoon, from 3:30-5:30, after school. We didn't get nearly as many participants as we'd hoped, but the ones we did get enjoyed themselves thoroughly! We hired a chalk artist--Bianca Ornelas, who had won awards with her work at the Pasadena Chalk Festival--to give the kids tips and tricks (and bring the good chalk--we had the kind that little kids use to play hopscotch, but Bianca's was more like oil pastels!)--and she was great. We had some really original ideas and executions, and if you'd like to see them all, you can go to our teen Facebook page, where I put up an album.

Alas, that's the only place you or anyone will see them, because when I went to the art fest today, I stopped by the library, only to discover that the lawn sprinklers had come on in the night, washing away about half of the chalk. It's always the little things (like automatic sprinklers on timers) that you don't think of that do you in.

Still…it is, after all, an ephemeral art, and as they say, it's the process, not the product, or it's the journey, not the destination, or it's the experience of making art on the sidewalk, not the immortalization of same. Right? Anyway, this is a definite do-again program for us, and hopefully word will spread of what fun it is!

Here was my contribution--since Bianca was in charge, Anarda (my co-teen librarian) and I got to play right along with the teens. Messy, hard on the knees and fingers, but what fun to learn a new medium! Happy Ostara! 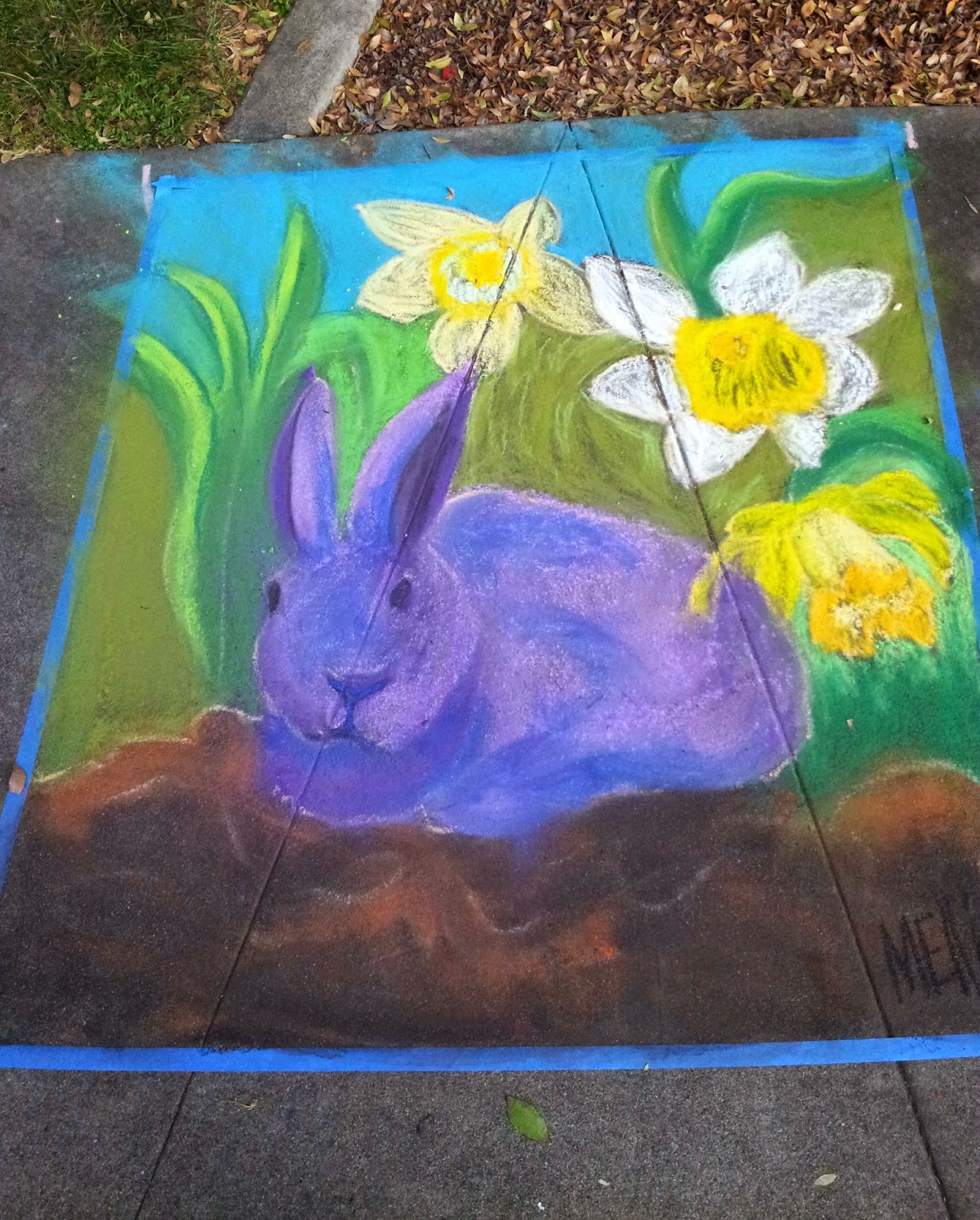