I went drawing tonight with a group I found through Meet-up. The venue was the Norton Simon Museum in Pasadena--the museum has "free night" on the first Friday of each month, and this group meets there every month (as well as other meetings during the rest of the month) to draw together.

Question: Where can you find life models who never get tired, who don't need to stop for a drink or a snack or to visit the facilities, and who don't twitch, sneeze, shift, or breathe?

What a great idea this was--why have I never thought of it? The Norton Simon has a bunch of foot-high sculptures of bathers, dancers, and horses by Edgar Degas, sitting around the museum on little plinths in plain view of large benches, and Phoebe, the leader of this meet-up, suggested to us that they were perfect for gesture and figure drawing. I have always thought of sculptures in museums as "those things I walk past on my way to the paintings." Not any more. 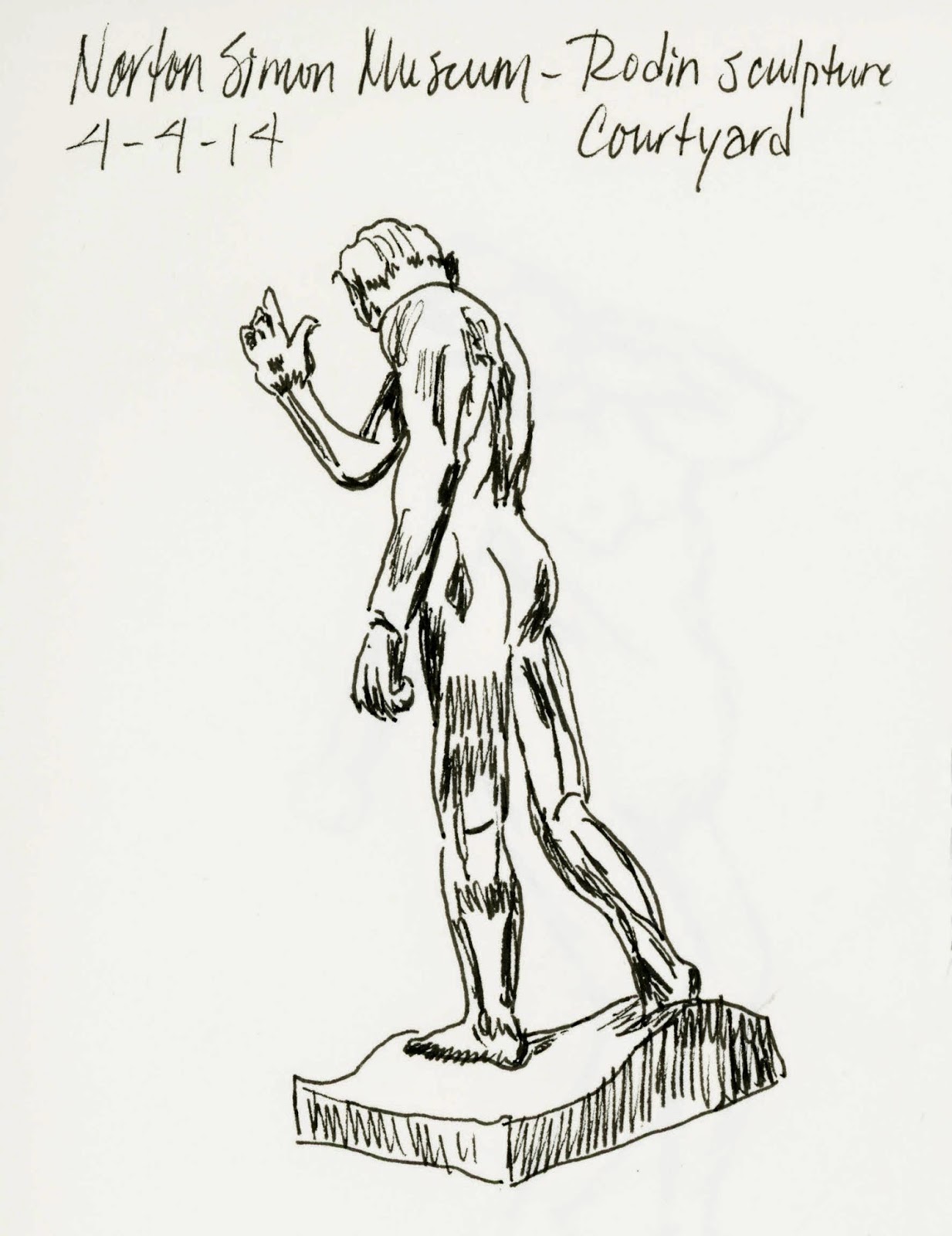 I was drawing with a pen, so my shading is a little wonky, because I didn't set out to do anything but contour, and then decided that some shading might be fun. But I still think drawing with a pen makes you commit in a way that a pencil doesn't. So in some cases I just scribbled over mistakes in proportion and kept going.

We started outside with the lifesize sculptures of Rodin on the front lawn, and then moved indoors when the sun went down to capture the Degas women. We had planned to head downstairs to catch a few Buddhas from the Asian exhibit, but ran out of time while wandering the galleries looking at all the paintings. I will definitely go back to do that! 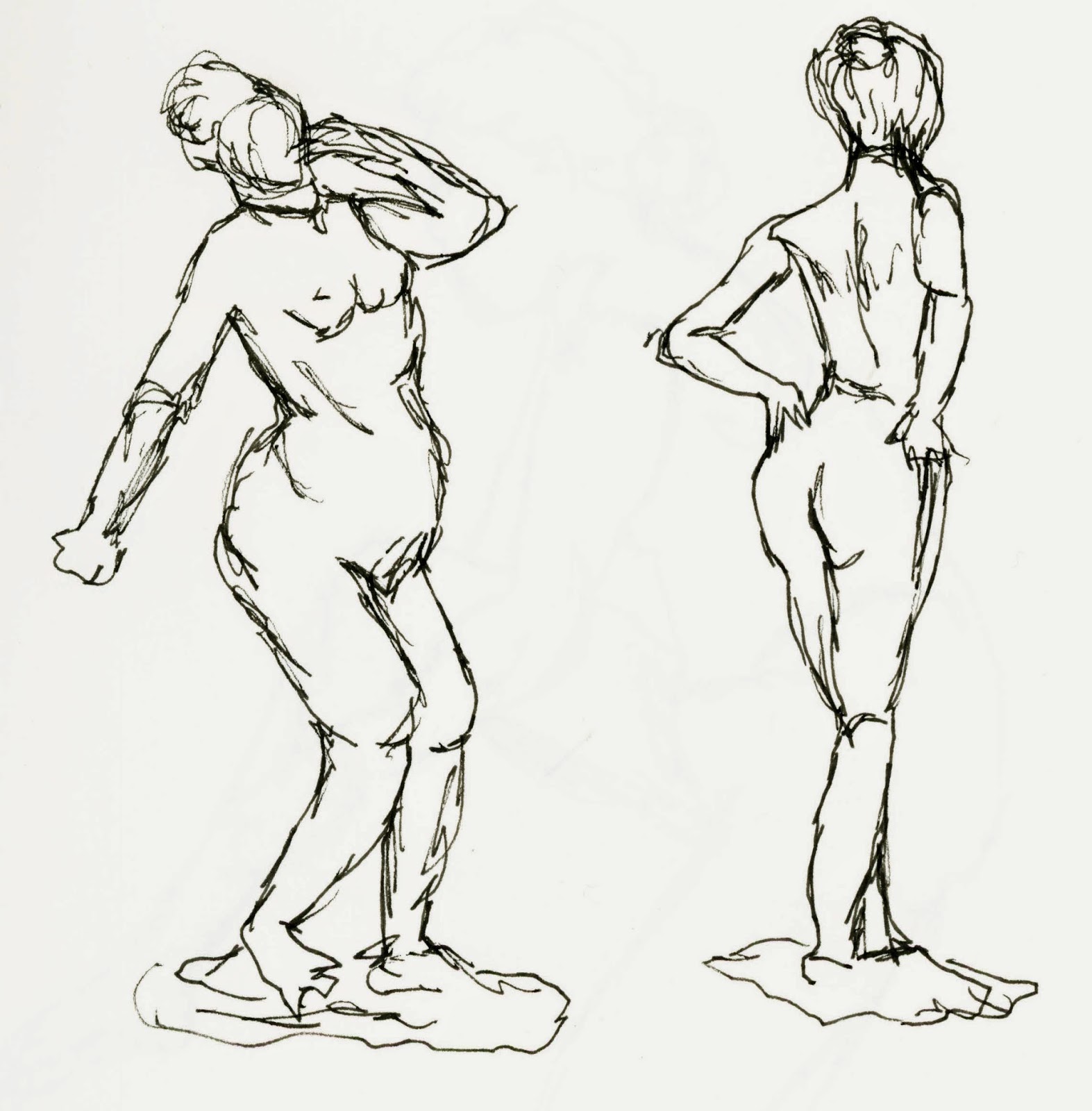 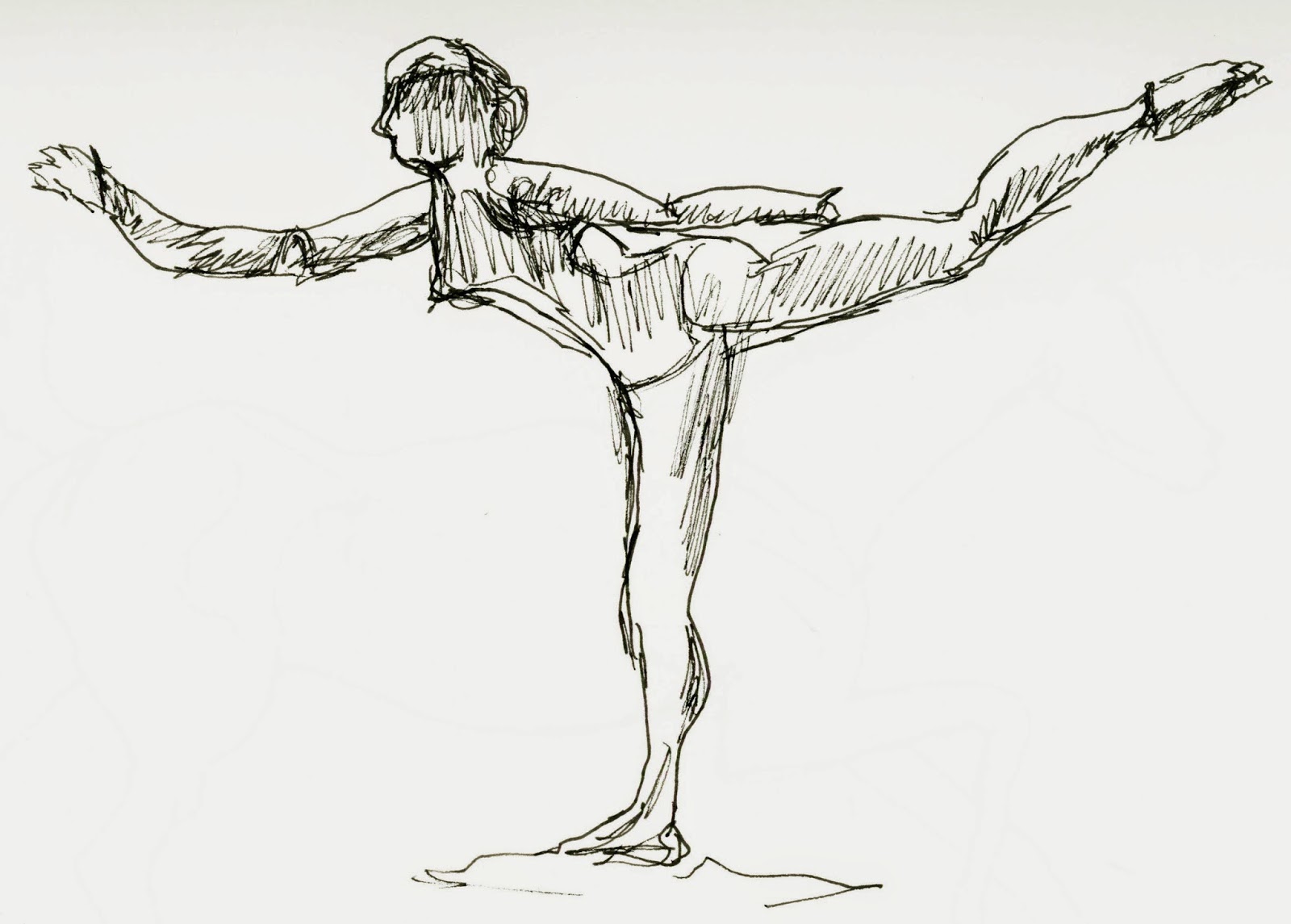 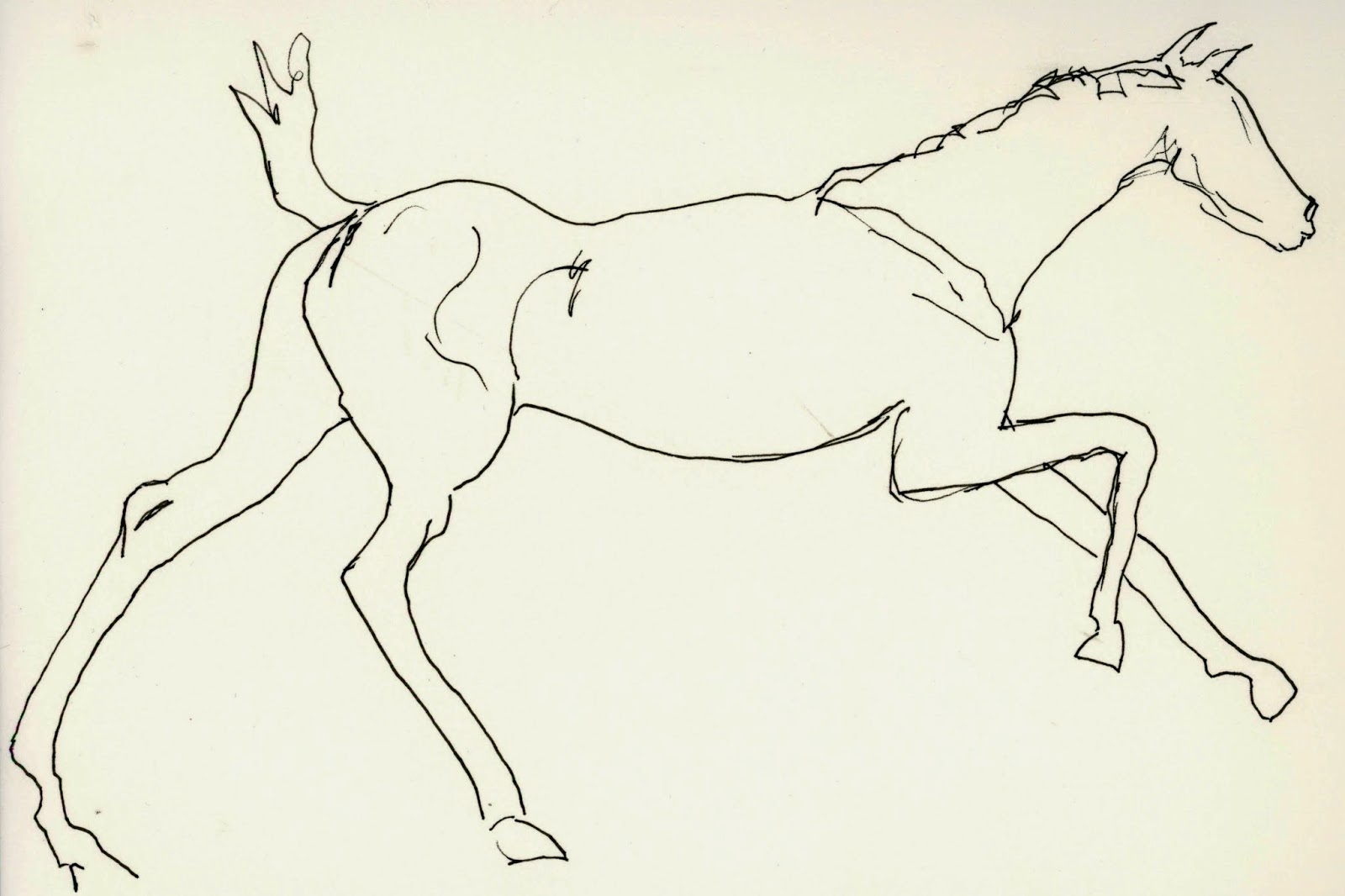 I hadn't been there in many years (why?), so it was a delight to rediscover the collection. I took a few photos in the 17th century rooms: 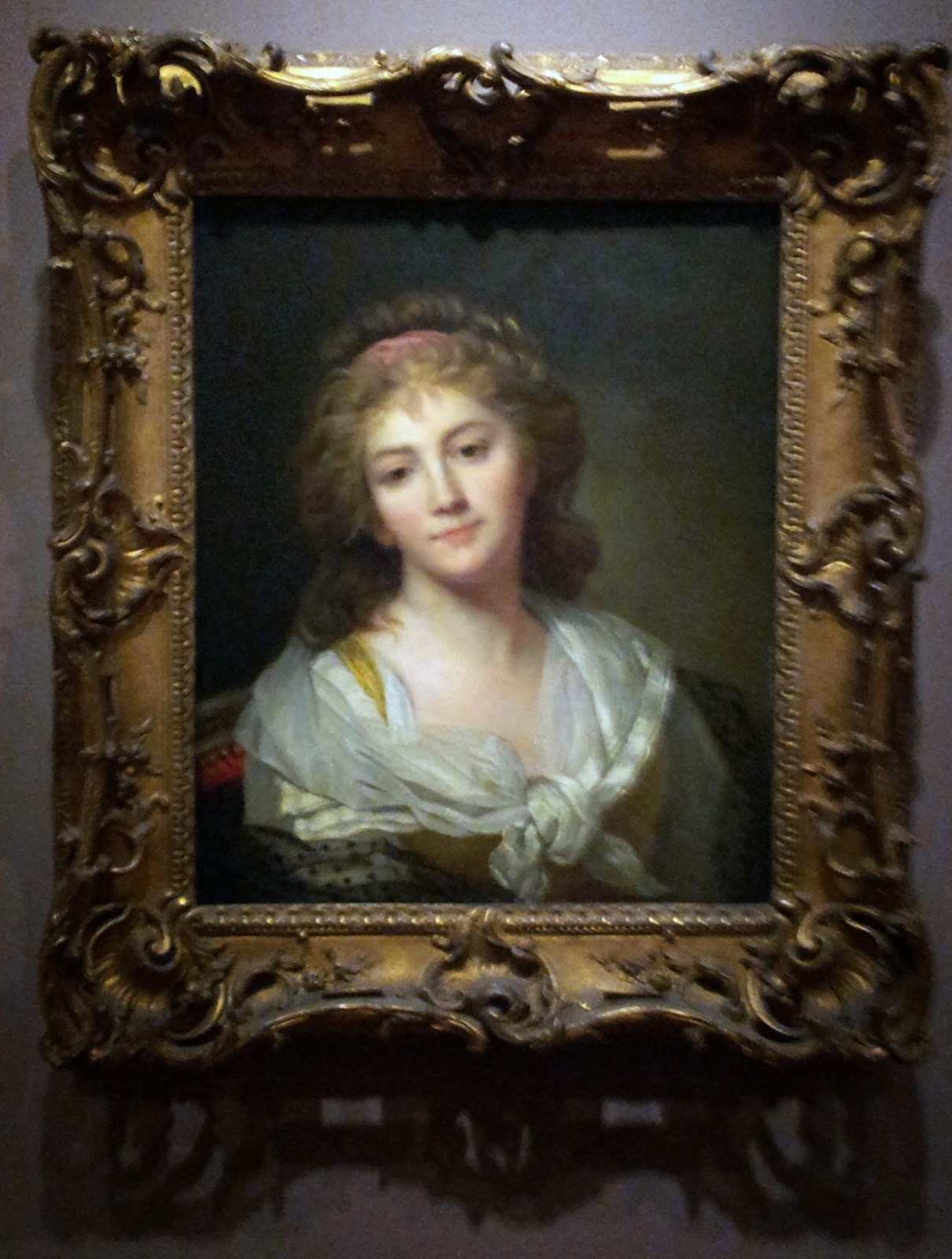 This is Marie-Genevieve Bouliar--the artist and the picture, as it's a self-portrait. She was so beautifully serene. Most people in self portraits can't help reflecting in their faces the effort that's going into the painting, but not Marie-Genevieve! It amazes me when I think about all the self-portraits that were done before the existence of reference photos. 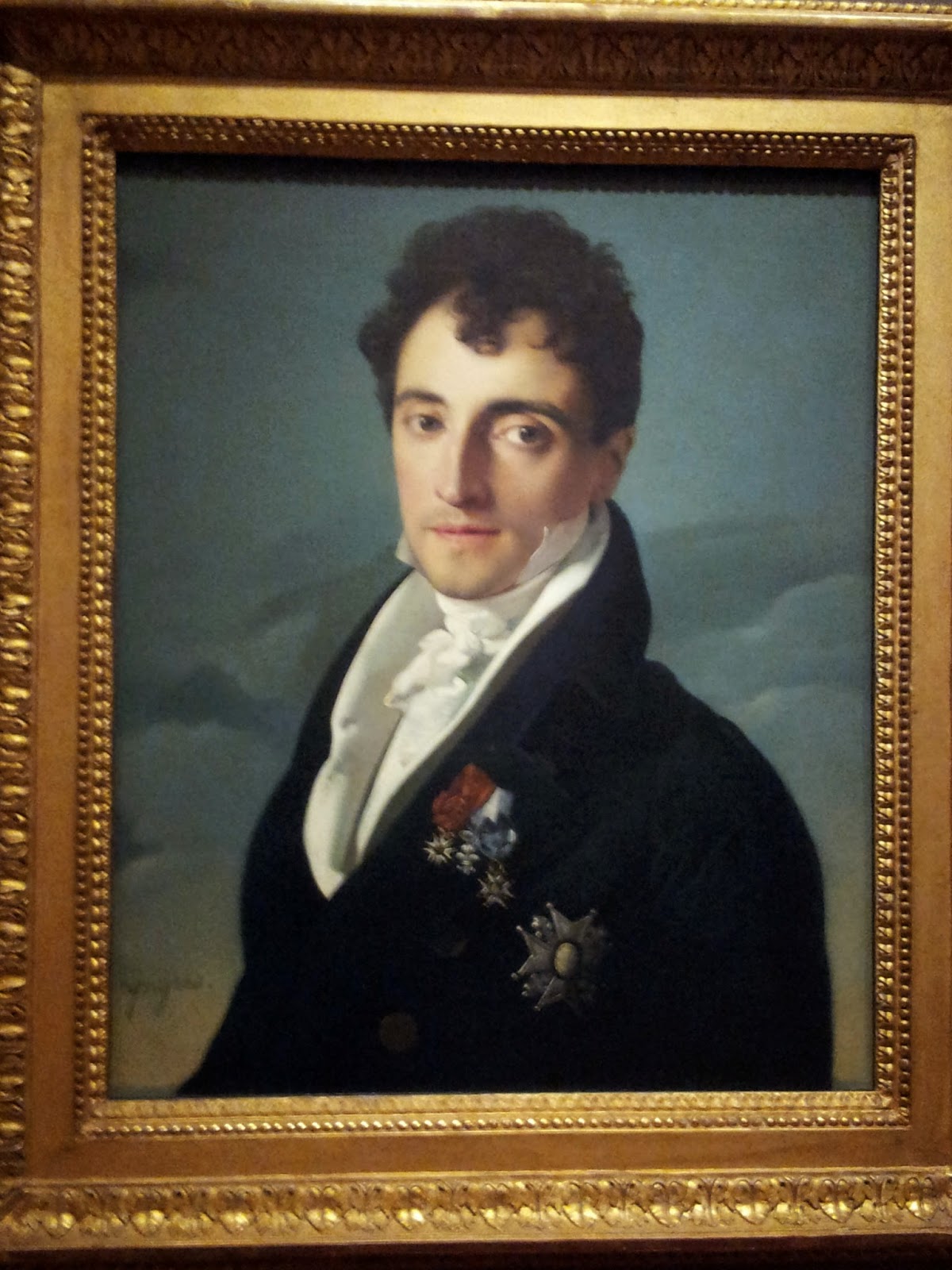 This is Baron Joseph-Pierre Vialetes de Mortarieu (what a mouthful), by the portrait painter Ingres. Doesn't he look like he stepped straight out of a Jane Austen novel? The epitome of the romantic hero. 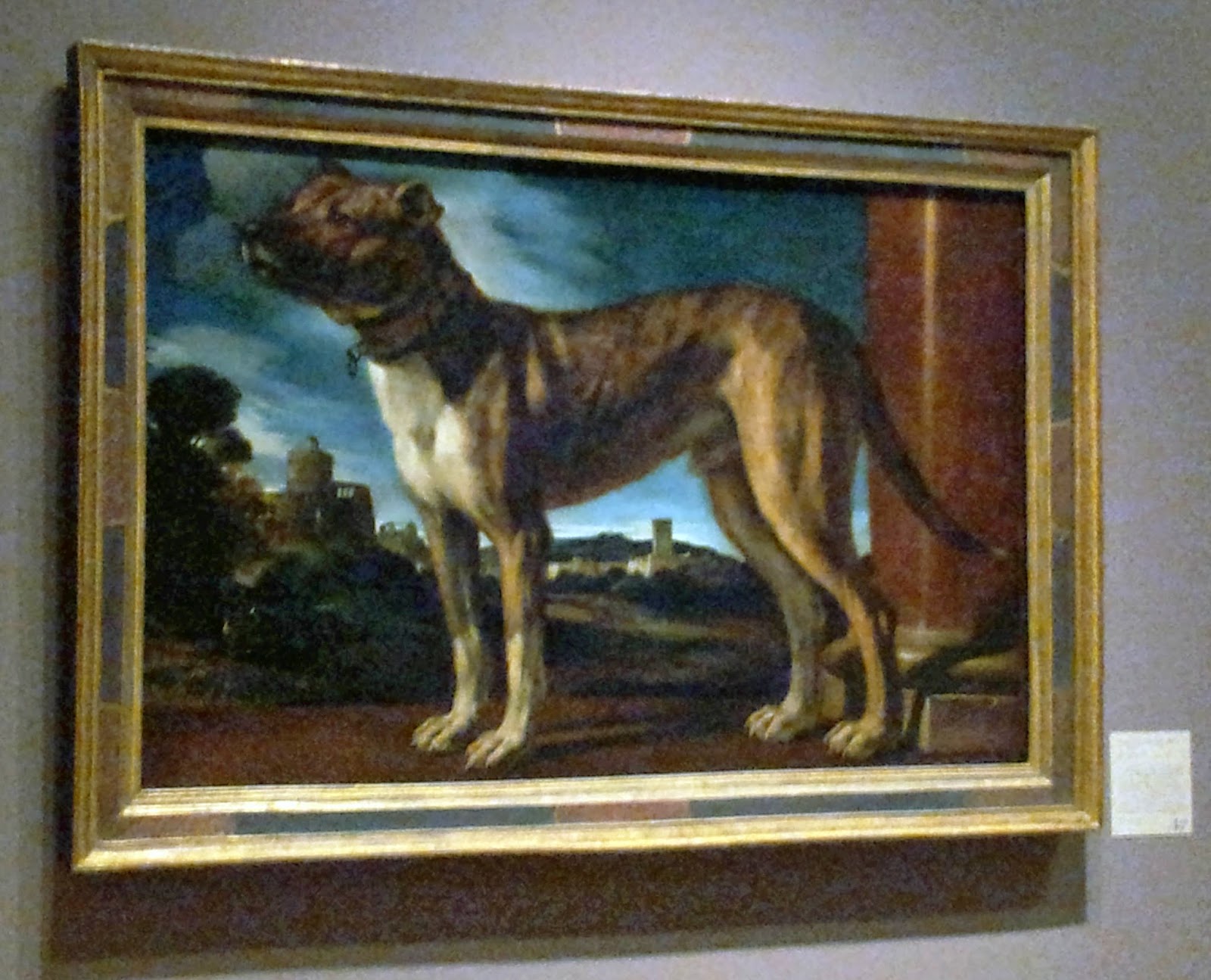 And THIS is "Aldrovandi Dog" by the artist Guercino. He was the companion of Count Filippo Androvandi, whose castle in Bologna appears in the background. He was such a handsome fellow, I had to take a photo. This painting is huge--68x44 inches!

A fun evening, to be repeated next month!