Imagining the characters from books

For 6+7 Book Club at the library, we're reading Across the Universe, by Beth Revis. The massive ship Godspeed is setting out across space, bearing a large sampling of humans to colonize a new planet. The trip is expected to take 300 years, so there are waking personnel who will live out their lives on the ship, and will create generations to come after them, all in service of ensuring that those persons important to conquering the unknowns of the planet--the scientists, the militarists--can make their voyage safely in frozen, cryogenic sleep. Seventeen-year-old Amy's parents are two such persons, and Amy is along for the ride as "nonessential cargo" because she didn't want to be left behind to grow up without her parents.

But something goes wrong, and Amy is abruptly awakened from her frozen chamber some 50 years too soon. It's powerful, violent imagery as she struggles to animate, to escape the cryogenic fluid, to pull the tubes from her throat and the IVs from her arms, and to get out of the box before she drowns.

With the constant cross-breeding of the generations has come a uniformity of brown hair, brown eyes, and light brown skin, so Amy's red hair, green eyes, and pale skin are an anomaly that can't be missed as she moves about the ship. I had a picture in my mind of Amy just as she was unfreezing and the blue fluid in which she was immersed began to drain away, and tried to transfer it to paper. (Minus, of course, all the tubes and wires, because they don't really lend themselves to this Sleeping Beauty imagery, do they?) It's never quite as I pictured it, but…here's Amy: 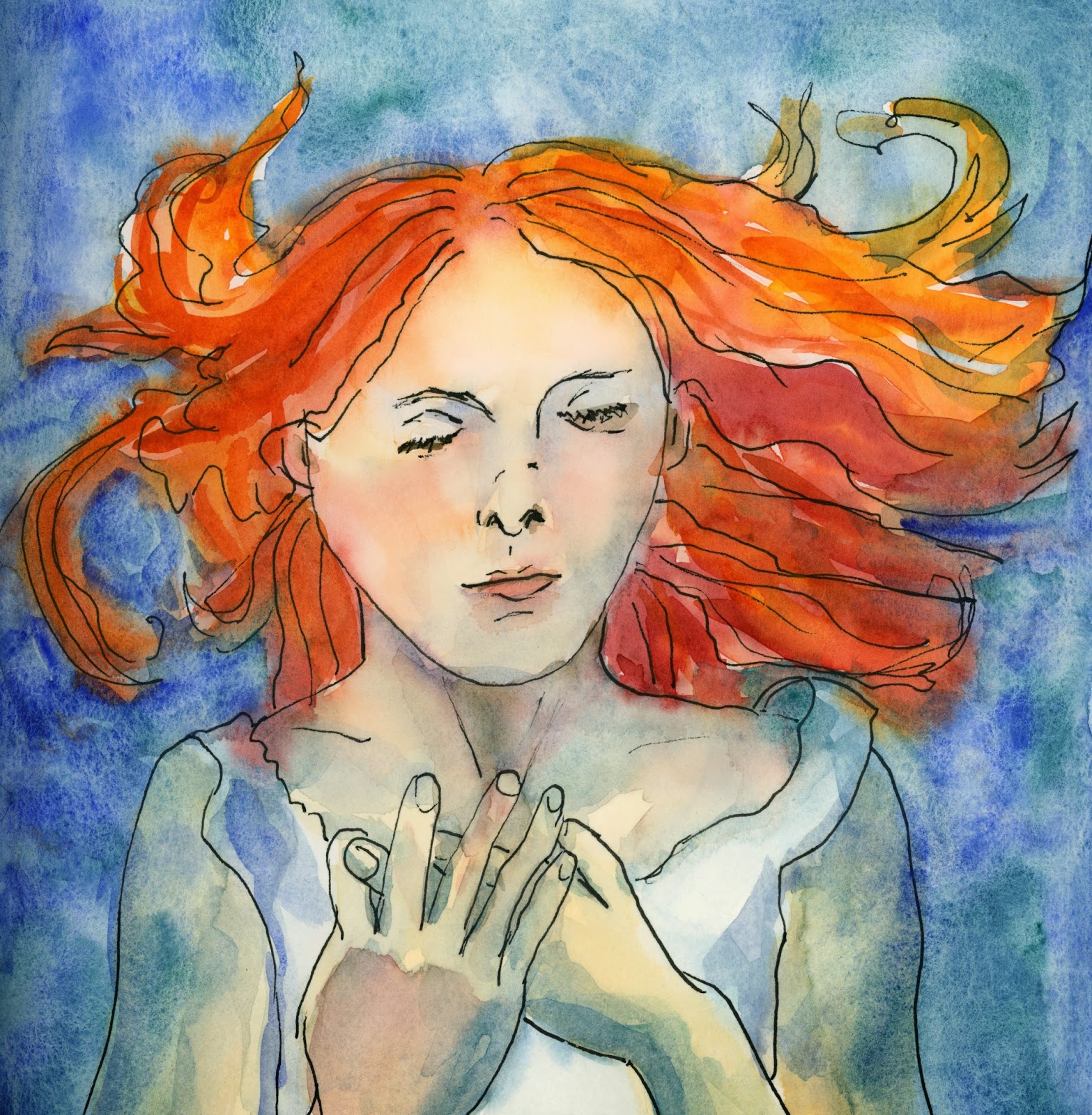