Every Day in August, and...

I've gone from not participating in anything to participating in two separate groups on Facebook this month--the Every Day in August group, and the World Watercolor Group "August Adventure." By doing simple drawings instead of always insisting on watercolor, and by giving up some (let's face it, fairly inane) television time, I've gotten a few things done in the first four days of August!

The Every Day in August theme is "stuff you're grateful for," and each day it's something new.

EDiA #1 was "someone," and mine was my friend and colleague at the library, Anarda. I am the senior teen librarian in charge of planning programs and events for teens at my library, and she is the teen librarian at one of our branches. She collaborates in such a wonderful way, taking the ideas I have and always suggesting some detail that will make them better, more original, more exciting and accessible to the teens. She's also a great friend--always encouraging and kind. 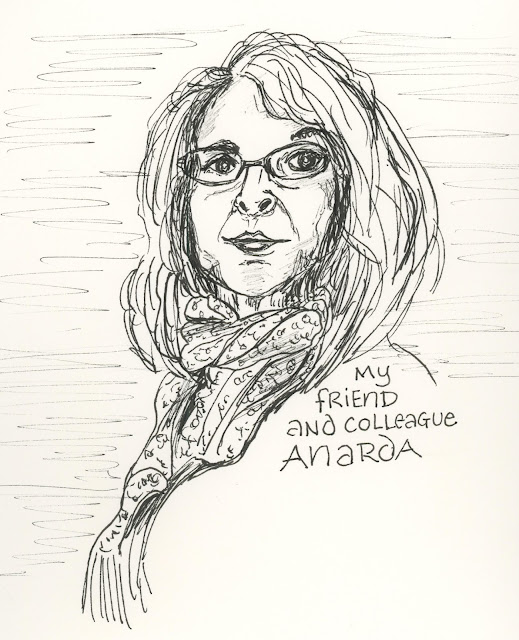 EDiA #2: Something in nature

A house finch has been sitting on the phone wire in my back yard, warbling away for the past few days. It made me think of this maxim from the great conservationist Rachel Carson (which is also stenciled on my living room wall). It also made my cats crazy(er). I guess I should have drawn a picture of a bug, but the songbird was way more appealing! 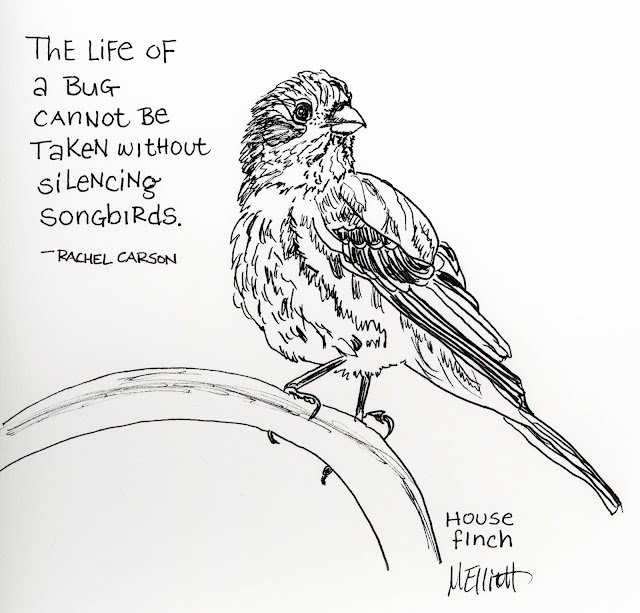 EDiA #3: A tool or form of technology

Not very technological, but these are my tools... 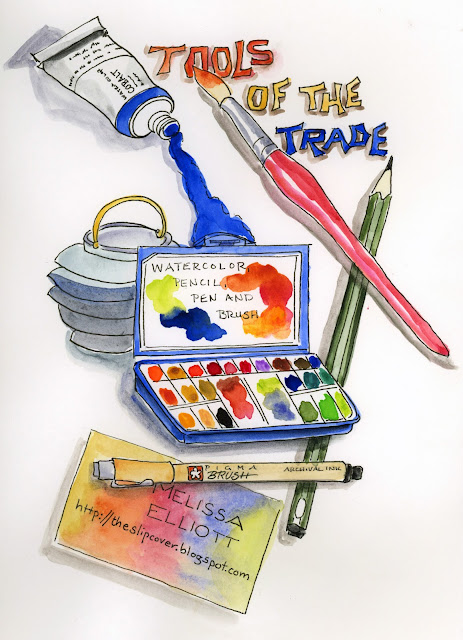 Many people did flowers (or soup), but mine was a childhood memory, one of those visceral aromas that immediately carries you to a time and place. The scent of blueberries takes me back to my childhood. From age 6 months to four years old, my dad was stationed at the Air Force base at Goose Bay, Labrador. Behind the base housing was a woods, and in the summer (which was about 30 days of 68-degree weather in July and August--the rest of the year we were buried in snow) the ground was covered with loaded blueberry bushes. Mom would send me out with a bowl to fill up, and then she'd wash them for me and I'd sit on the steps and eat them. 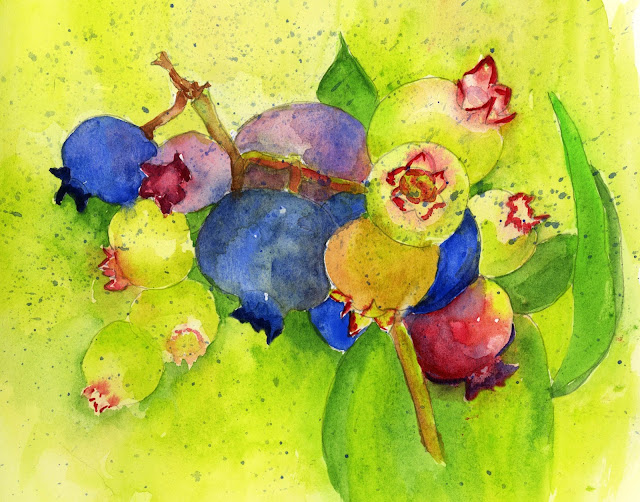 This got a little too juicy (pardon the pun), because I did it in my sketchbook when I should have used watercolor paper to better control the paint. I'd like to try this one again sometime. Pencil and watercolor.

Then, for the "August Adventure," we're painting "favorites." I shared some old paintings for some of the posts (because no one there has seen them, and I DO work full-time, after all). So for "favorite dessert" I posted this sketch I made for our library cookbook, because cookies are my faves but they are kind of boring to draw, and ingredients are much more fun and challenging! 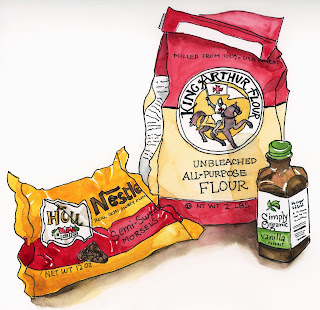 And for favorite flower, I posted one of many paintings of daffodils: 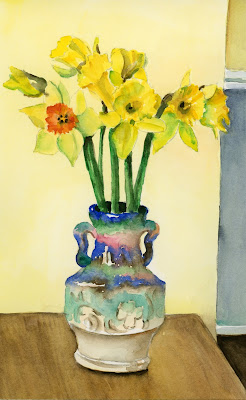 But I DID manage to do a new one for "favorite toy."

My favorite "toy" was books, always. But this one was a particular favorite when I was very little, because it was a book that featured toys. Dare Wright photographed her Lenci doll, Edith, with two bears she bought at FAO Schwartz, and in 1958, when I was three years old, my parents bought me Holiday for Edith and the Bears. The writer posed the doll and the two bears in various ways and took photographs of them as they had adventures on the island of Ocracoke, climbing dunes, meeting horses, swimming, and having adventures. (Little Bear and Edith go out by themselves in a rowboat, though expressly forbidden to by Mr. Bear, losing their oars and getting pulled out by the tide. But Mr. Bear saves them.) 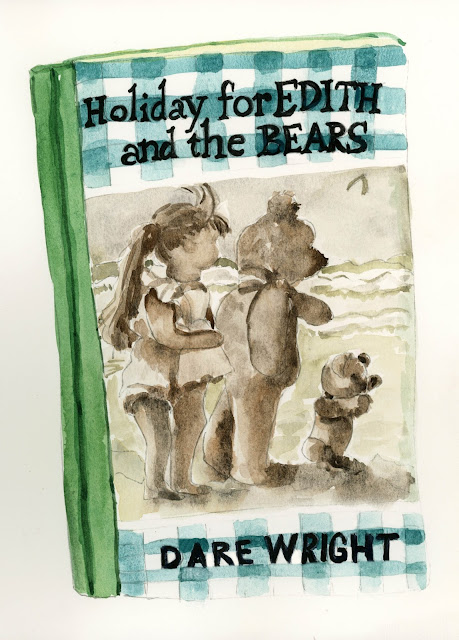 This was a hard one to paint, because all of the photographs are black and white that has aged to a faint sepiatone. Pencil and watercolor.

We'll see how long I can keep this up!