Last page of a sketchbook

Although I own probably eight or nine sketchbooks, I have never before been persistent about filling one from the first page to the last. Don't ask me why I would go back to the art store to buy another one before the previous one was full; I'm sure I had a good reason at the time, although I can't recall any of them now.

For one thing, before this year I wasn't really committed to the idea of sketching. In my mind, I always needed to be working on something that was a finished piece of artwork--finished meaning that it was frame-able. Don't ask me why I thought that, either--maybe it's because when I was taking art classes, our weekly goal was to bring two large (usually 18x20) finished pieces to the weekly critique, so I never got into a sketching frame of mind. Although our teacher did encourage us to make thumbnails to work out the details of our large paintings beforehand (another habit I have never acquired that I need to revisit), the idea of sketching just for the sake of it was never encouraged. Not to say it was discouraged; it just wasn't the point.

But of late I have been following some amazing urban sketchers on Facebook, and also some amazing "finished" painters who rely heavily on their preliminary studies (most of which I would be happy to call a finished painting), so the idea has finally penetrated my thick head that a sketchbook full of stuff can be equally as satisfying to pursue as a framed painting.

In May, I took the plunge and decided to do the "Every Day in May" challenge. Although I started with a will, I didn't fulfill the daily requirement for 30 days; but instead of deciding to be a failure, I instead joined "Every Day in June" and after that "July," and keep going, haphazardly or not. And after July was over, I continued to put in a sketch every now and then, until this past Monday morning, when I realized I had come to the last page in the sketchbook for the first time. So here is my last sketch--not my favorite, but significant for its position! 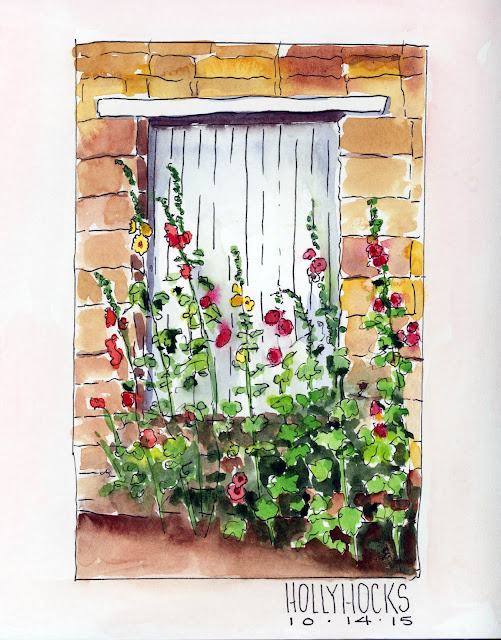 In looking back through this sketchbook, I can see some style developments, and some interesting selection of topics that I wouldn't have considered if not for the prompts given by the "Every Day" projects, and the challenge also of finding a fun way of interpreting them. Since I'm looking at this particular body of work, I will share again some of my favorites: 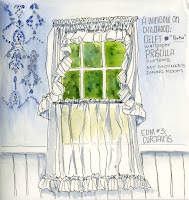 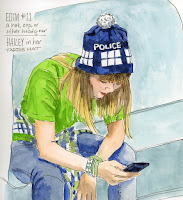 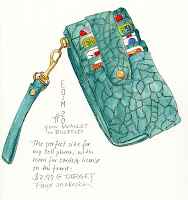 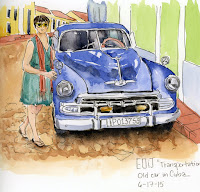 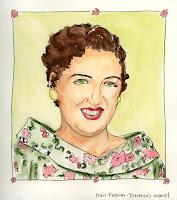 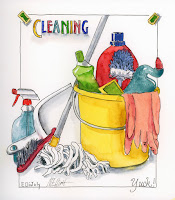 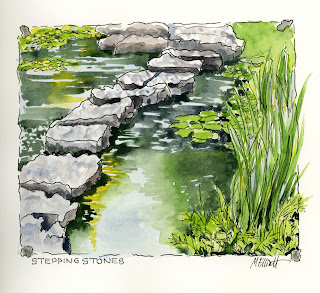 And finally, although that wasn't quite the theme,
here is my selfie, giving a giant "Whew!" for finishing! 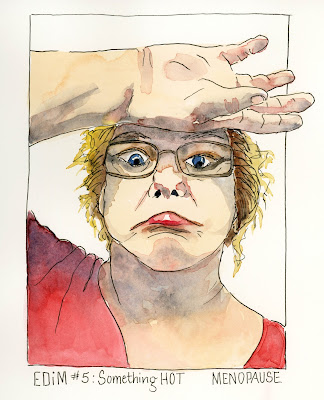 Now I get to go to the art store and buy a new sketchbook!